1)Who are we talking with and what are they doing in Novatec? 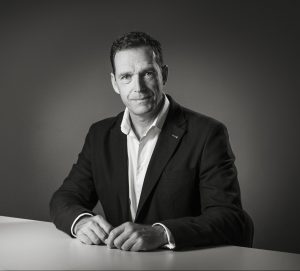 Marcus is the Managing Director focused on the Finance & Legal aspects of the branch. 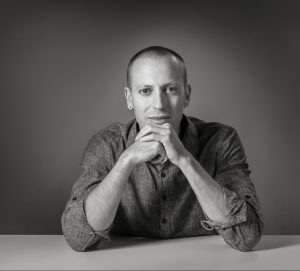 Miguel is taking care of the company Operations and Strategy of the Spanish branch, he also underlines that being pragmatic by trying to make easier the work like of the colleagues is the definition of his role.

2) What is their professional background?

From one side Marcus has been leading business in different sectors including construction, real estate, finance, hospitality, and IT. On the other side Miguel, define his technical background with the journey of a software engineer who prefers don’t work alone and comments he has always reached management roles probably because of his willingness to be a changemaker.

3) What was the first thing they´ve done when they joined NT?

Marcus comments he was the impulsor who created the company in Granada, and Miguel likes to remind some fun facts about his first days in the company, the struggle he faced working from home the first days when there was no office ready and his laptop took a while to be delivered. One more thing Miguel adds is that he decided to put all my effort and focus on learning English to be able to communicate properly with my colleagues.

Both of them also remember one first action, many other people would have gone thru after joining Novatec: making your own electrical socket, something worth mentioning is that the office has never suffered wildfires caused by electrical issues. 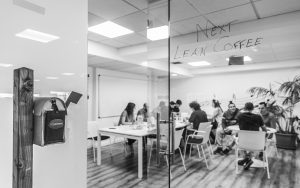 4) What were some of the main challenges then?

The cultural differences between Spain and Germany, help in integration with the headquarter in Leinfelden, and the courage of setting up a new Tech company in Granada, finding the right people for the right positions was also included in main challenges from the company perspective.

On the more personal focus, Miguel mentions it could be to take a step back from an IT management position to begin programming again, by facing all the technical aspects of it, including obsolete knowledge in some languages.  English-wise has been quite a challenge, probably from both sides, from the German colleagues to use a common language and for us in Spain as well.

5) What are the changes in the field over these years?

“Undoubtedly, the company, together with its headquarter, are in constant transformation” Marcus affirms, reinforced by Miguel who is still seeing changes every day and could not enumerate all of them since the company has faced changes in all the levels every year: “You always have to balance the business, the customers, the competence, and the people at the company at the same time and everything goes so fast that the only thing you can do is adapting to the present for being prepared for the future, and at some points, you are no longer not able to distinguish between both of them from the technological context perspective. We started 3 people in May 2016, and 5 years later, we are almost 30 people in the branch, we are alive as a healthy and stable company.”

6) What has been the greatest improvement done over the 5 years?

What can be highlighted from this interview is that might be difficult to choose something in particular since the company is in a permanent innovation and evolution, in general, all the improvements implemented to offer corporate benefits for the people or being flexible in time and place and just let everyone decide when and where they want to work are the most valuable improvement reached, measures that were already there also before Covid-19. 😊

“It seems we are one of the most attractive Tech company of Granada (for now) where the people with IT background would like to work with”. 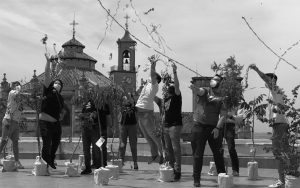 7) What are the best accomplishments?

Marcus wants to emphasize the amazing milestone of “celebrating this 5th anniversary of our successful existence in Granada” and Miguel underlines also “the way we make important decisions and how we communicate the information is the most important accomplishment we have reached so far in my opinion. To come here, we have had to find out which were our weakness and what kind of solutions or alternatives were needed to improve them and, that was not an easy way. We lost some good people during the journey and had serious conflicts which we had to resolve, but nothing surprising, I can imagine these problems in other companies, although the difference is we didn’t want to wait for a divine miracle to happen, and we decided to take action.”

8) What are some of the best memories of the past 5 years?

Marcus generally thinks there are too many memories at the moment but all of them are definitely worth a smile, putting the focus on the beginning of the journey of Novatec: “I think that the creation phase, the beginning of all projects are those that we generally remember fondly. In 5 years there have been so many good moments and today they are fond memories.”

Miguel, whose career has taken some turns and trips over the past 5 years remembers: “All my trips to Germany are worthy of mention here. I learned a lot from my German colleagues, but especially, our SummerFest parties where we (the whole Spanish branch and the rest of the German offices) travel to Stuttgart to celebrate this season and stay together some days are some of my best memories, the fact to have the opportunity to meet people face 2 faces and not only remotely. One more thing I could point out at is when we left our first office and move the new one, we had several and funny experiences in our small “office flat” where people sat down for a meeting and had lunch at the same time; Or when Paola, my English teacher, and currently the People & Culture manager, was recommended to take a position in the company, this is something that makes me happy to remind of since she is one of the essential pillars of the company. Last but not least, I would go with our last Team Building was an amazing and a turning point in our office life, which also allowed the continuous push to have people growing up with us, taking commitment, and new roles at the company”

9) Any wish to have done things differently?

The role of a Feel Good Manager